There will always be those who are more remembered than others in football as well as any other sport or endeavor. Perhaps none would have the same name recall among the past as well as present players as David Beckham. Any fanatic of the sport would surely have followed his meteoric rise to stardom. This might not even be accurate as many widely regard him to be one of football’s elite superstars. 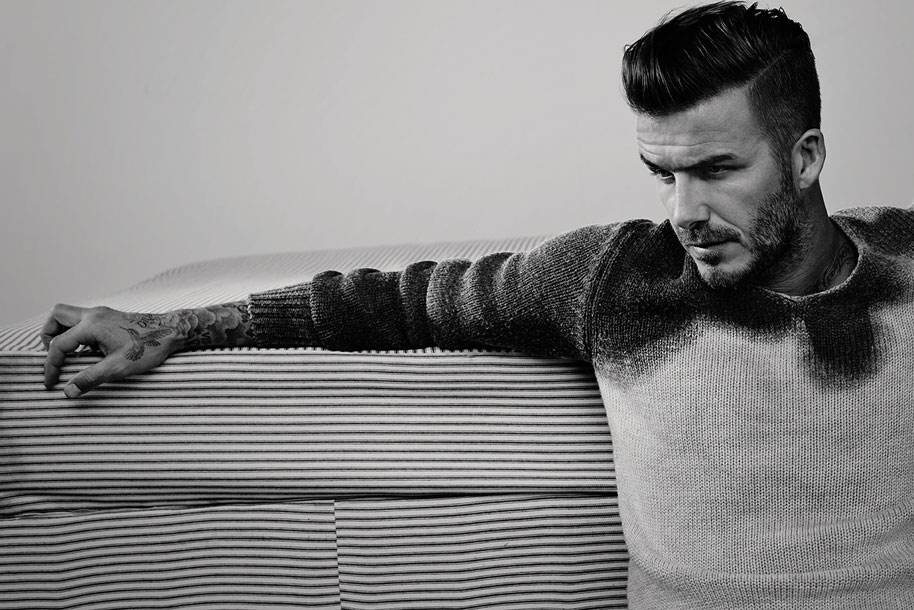 He has indeed come a long way from his humble beginnings in Leytonstone, London. As a boy, he always knew that he wanted to play football. He slowly went up the ranks playing for different clubs until he was able to do it professionally with Manchester United. This was the same team that his parents were so passionate about. It may have rubbed off on him as a youth, inspiring him to be so focused at the sport.

David is different from other athletes not particularly due to skills but more on his fashion sense. He always had the predilection to be noticed for it even while he was at the beginning of his career. Would it be due to the way he carried himself or was it simply his flamboyance? Whatever the case may be, it worked. This along with his winning ways has catapulted him to such heights of fame and fortune only a few of his peers would ever come to enjoy.

The majority of people have nothing but sheer admiration for this football icon. Even the press has taken up his flag, endlessly showering him with praise for what seems like his every move. Any new style he comes out with immediately receives enough attention to garner a change among men. This happens not only among football fans but those who are updated fashionably in general. What may be considered something to go off tangent regarding his high approval rating is the topic of his hair.

Rumours that he has undergone a hair transplant have consistently been making the rounds. These are unfounded however because he has been successfully able to alter his hairstyle numerous times. This is undeniable because of the legion of followers that have mimicked his look whether they knew about it or not. The changes he makes to his appearance affects such a broad audience, there are those unaware that the hairstyle they are sporting originated from him. Beckham has gone through from long hair, to a shaved look, to the unforgettable fauxhawk and back again.

A hair transplant would make it difficult to make these rapid transitions in between styles. It usually takes up to eight months to a year before hair may grow long enough to be styled a certain way. There is also scarring that will result whether a follicular unit transplantation or follicular unit extraction method was performed. This would make it impossible not to notice the marks it leaves if ever hair is worn short.

The way David changes his hairdos coupled with how often he is in the spotlight is a sure formula for detection of a hair transplant. No evidence however has surfaced regarding this point. All that ever circulated were mere assumptions that he may have benefitted from one. In fact, there has been scant proof that he is even undergoing a balding condition in the first place. Sure, he is already thirty-nine years old that is as good an age as any to have noticeable hair loss. This does not automatically mean however that he should be undergoing one.

Androgenic alopecia is one of the leading hair loss conditions that comprise about ninety percent of all balding cases. More than fifty percent of men are said to be affected by this condition by the time they reach their fifties. It is known to show its initial symptoms when a man is in his late twenties. Beckham it seems, is the same in balding as well as in football. He falls under the exception than the general rule. For now, the rumours behind his hair appear to be unfounded until further notice.