Male pattern baldness affects almost fifty percent of men by the time they reach fifty. Its early signs however usually begin in the late twenties to early thirties, although it can start much earlier. The first to be affected are the temporal regions and will closely be followed by the thinning of the frontal central hairline. There would be balding exhibited in the vertex region soon after. These areas will gradually lose hair and will culminate in the top of the scalp being totally bare. There would only be hair retained along the lower portions of the sides and back of the head.

Treatment for male pattern baldness is possible through hair transplant procedures. Among the most popular is the follicular unit extraction (FUE) method. This will harvest healthy hair follicle units from the donor area and implant them into the balding areas of the scalp. It is otherwise known as the “direct-extraction” method because of this process. Recovery would take about a week though expect hair loss after about one to two months following the hair transplant. These would mostly be hair strands from the transplanted hair follicles. It will start to regrow again after a few weeks and will be able to produce a thicker, longer set of hair after about four to nine months. 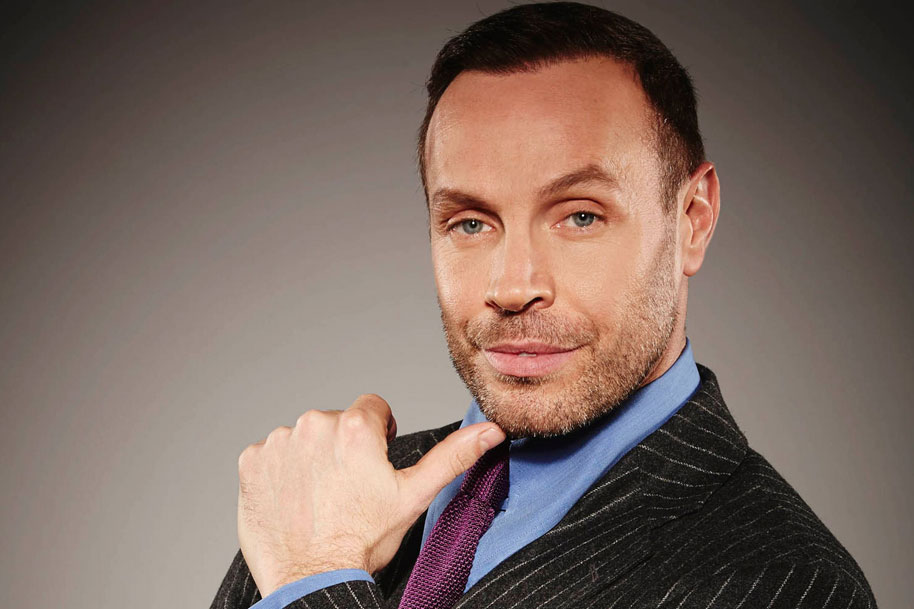 Jason Gardiner is one such person that has undergone this process. He is more popularly known for his judging stint in the hit television show, Dancing On Ice. An artist since he was in his twenties, Jason is no stranger to the spotlight. He has always been engaged in the performing arts either as an entertainer or an observer judge. Gardiner always had an image to maintain which is required of his profession. The early and aggressive onset of androgenic alopecia in his mid to late twenties forced him to conceal it by sporting a shaved head look which was a style statement that he became well known for.

Gardiner decided in 2010 that he wanted to create a change. He researched on the possible treatments that could properly address his condition and found that receiving a hair transplant would work best for him. Jason was able to receive proper consultations in the UK but had his procedure performed in Los Angeles. The treatment he selected in particular was a follicular unit extraction (FUE) method. His FUE reportedly cost twenty-two thousand GBP because the entire facility was closed to the public for the entire time he was undergoing the procedure. The same procedure could be performed in the UK however at the cost of nine thousand GBP.

It took about nine months before Jason’s hair was able to regrow. He waited patiently, biding for the right opportunity to reveal it to the public. During this time, he would always appear in public with a hat to cover his slowly growing hair. Rumors started to swirl and speculations on why he always kept a hat on were made. Gardiner was eventually able to proudly present his successful hair transplant during one of the episodes of Dancing On Ice. It was a wonderful moment that surprised not only the viewing public but his co-judges as well.

Jason Gardiner’s very public hair transplant is a great inspirational story for other men with the same condition. Before he underwent treatment, the male pattern baldness on his scalp had already gone through most of the hair on top of his head. He only had hair on the upper sides and back of his head left as well as some wispy strands left in the frontal and vertex regions. His case was able to show that baldness even to this degree can still be treated.