The story of the movie Black Mass was first published in 2001 by Dick Lehr and Gerald O’Neill, it was titled under the same name. The storyline is about the ties between the Federal Bureau of Investigation and the Irish Mafia. There is a lot of action to be expected from this crime-drama movie adaptation. It is said to have a release date sometime late in 2015.

Johnny Depp who is no stranger to leading roles plays one of the primary characters in this movie. He stars alongside Benedict Cumberbatch as his older brother. They were photographed in Boston near the Church of the Covenant while filming some scenes for the upcoming movie. A passerby who is not aware that they were shooting would be sure to miss noticing Mr. Depp, who is quite famous for his different movie roles. His character for this movie demanded that he undergo a complete physical transformation. He had to have his skin appear all wrinkled, especially around the eyes. His smile did not project the same charm due to his blackened teeth. The once dark eyes had to be converted to a cold, steely blue. His physique had to appear stout. Most importantly, his long healthy hair was reduced to a balding scalp whose receding hairline has proceeded into its advanced stages. 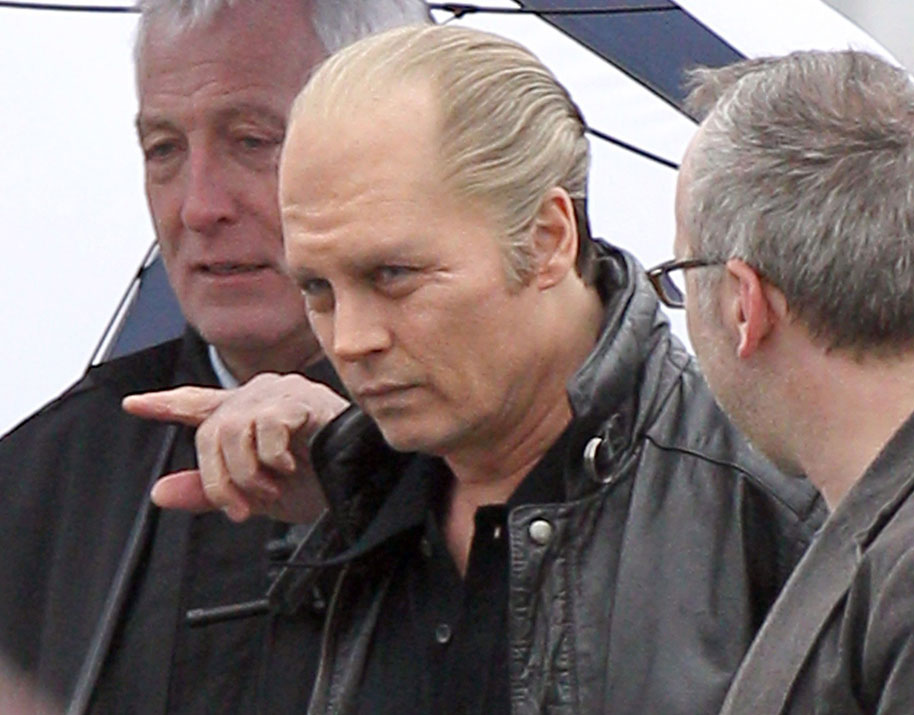 His look was very convincing. One who is familiar with the portfolio of Mr. Depp would immediately agree that this in demand Hollywood actor has the depth to pull off whatever role he takes. He has brought to life numerous characters to the silver screen. These are some of the movies that are the most memorable: “Edward Scissorhands”, “Charlie and the Chocolate Factory” and “The Pirates of the Carribean”. The characters in these movies demanded a more intricate physical change than his role in Black Mass. His metamorphosis into a crime boss for this film however, was likewise achieved with the same effortlessness as the others. He plays Whitey Bulger, a true to life criminal that was convicted at eighty-four years old of multiple racketeering and murder charges. Benedict Cumberbatch played his younger brother, who was reputed to be a corrupt Massachusetts State Senator named William “Billy” Bulger.

It was certainly a bit disconcerting to witness Mr. Depp’s appearance. He was dressed in a dark, very businesslike suit. His paler than usual skin eerily matched the blue eyes. His hair was a very light tinge of blonde that was balding. The hair and make-up crew was able to pull off a successful effort on this one. There was a seamless transition from Johnny’s full head of hair to this now very serious mobster with alopecia. Fans will appreciate how natural this hairstyle looks on their favorite star. It may not be real but it certainly looks like it. It could also offer us a glimpse at how this Hollywood leading man would potentially look like many years from now. Thankfully for himself and his career, it would seem that it would be quite some time before Johnny Depp would actually look this way. So yes, he is going bald but only for the movie.