We all know the epitome of aging – the balding head. Hair loss affects every individual at some stage, regardless of gender or age. For celebrities whose faces are posted on imagery everywhere, it’s hard to miss. Recent photos of the world’s most famous footballer, David Beckham, reveal a balding crown. We are interested in the measures he could take to stave off the dreaded shiny scalp.

Male pattern baldness, or MPB, is difficult to hide. Beckham, being the style icon that he is, has shown some incredible hairdos over the years, in fact his various styles have been somewhat iconic. Hair experimentation wasn’t something new to him, which makes us all the more concerned with his thinning locks. He has sported his hair the best he could, and surely at the age of 38 isn’t ready to give it up yet. 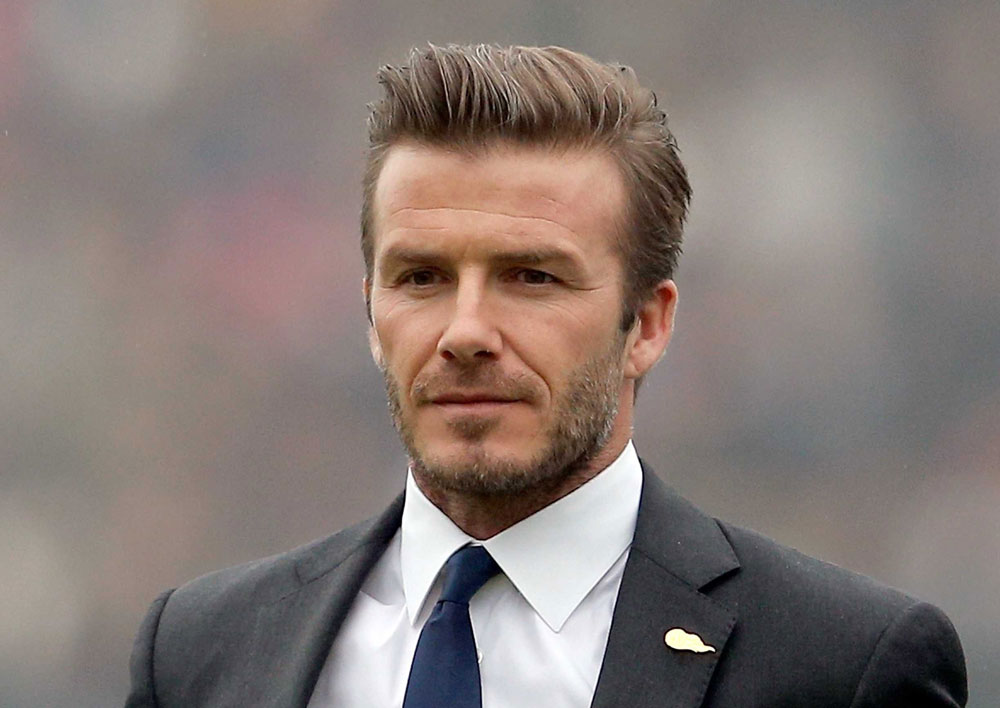 His former England teammate, Wayne Rooney, chose the hair transplant option and had good results. Hair transplants do not always have such results, however, and with many options on the market, we hope Beckham does his research as to what’s available.

In searching for the best treatment for a specific hair type, it is important to understand the role of Dihydrotestosterone (DHT). DHT is an active metabolite in the testosterone hormone and is formed in the adrenal gland, hair follicles, prostate and testes. In some cases, DHT causes deterioration and eventual death of hair follicles, which results in gradual permanent hair loss. Studies have found that by the time most men realise hair loss is occurring, more than 50% of the damage is already done.

If it is found that DHT is in fact the cause of hair loss, then DHT-blocking products can be used to prevent the adverse effect of follicle deterioration thereby avoiding hair loss. There are two primary medications available on the market today for DHT treatment: minoxidil and finasteride. In Beckham’s case, we would recommend these medications as treatment in the first instance, potentially in conjunction with hair transplant surgery.

These products are not expensive (not that money is an issue for Beckham) but these treatments can be an effective way to subdue hair loss before considering surgeries and procedures. The sooner steps are taken, the more effective the results.

The hair transplant industry is full misinformation, less than appropriately qualified individuals performing procedures with tragic results. Finding the right surgeon is tricky and supremely important, and it is easy to pay thousands of pounds (or dollars) for a surgery with ineffective results. Reliable advice is critical, hence why every Vinci technician is trained to the very highest standard to ensure we maintain our position as one of the world’s leading hair loss clinics.

Beckham’s fans look up to him, his persona and his image. It will be important for him to retain this image through the balding process, and it will be interesting to see how he does it.