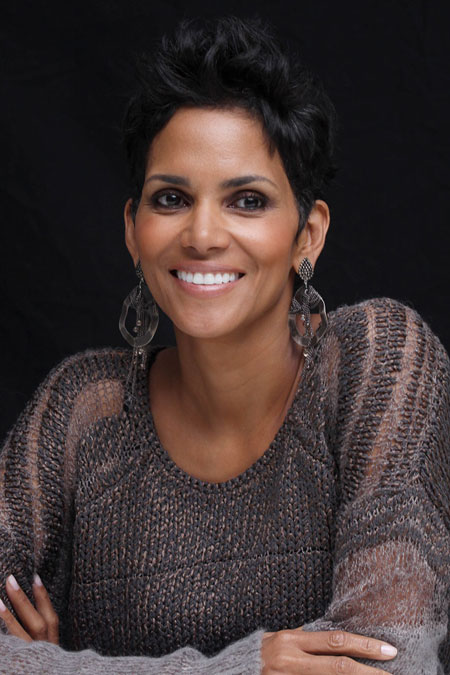 The beautiful Halle Berry has had a successful career throughout the years. She is one of the most sought after actresses in the world. Her modeling stints have also flourished. There are many people that absolutely adore her. Which is why it is no wonder that her slowly thinning hair has caught the eye of her leagues of fans. Her public persona is just too big for it to be missed.

Halle Berry has a lot of different looks that work for her. Her wonderfully lush hair always complements her face. Any onlooker would immediately see that her hair is one of the reasons why she commands so much adoration. Maintaining it is not as easy as it looks however. There is quite a bit of work that goes into having the perfect look day in and day out.

Her hair woes began around the time she gave birth to her daughter. This can be attributed to some hormonal changes in the body. The hair follicles of pregnant women are more active at this time. This produces a thick yield of hair. Many have witnessed that she did indeed have a beautiful mane. Giving birth however would cause a woman’s hormonal level to resume to its regular state. Ms. Berry’s hair obviously began thinning after the delivery of the baby. It was at that time when she appeared to be balding. The truth however was that she had an unusually thick set of hair due to the spike of hormones in her body.

The awareness of this condition helps one prepare for the physical transformation that transpires during pregnancy at after giving birth. A period of ninety days after delivery would have to elapse to observe the difference. It is at around this period where the hormones return to its original level. The name of this hair loss phenomenon is telogen effluvium. It usually occurs for only a brief period of time.

It takes a certain amount of effort to regain the vitality of a healthy scalp. Eating healthy as well as engaging in exercises routinely for a consistent period is key to a full head of hair. Massaging of the hair follicles stimulates its regrowth. Treat the scalp with the right shampoo and Halle Berry should be able to regain her look in no time.

Her beauty regimen might have been set to overdrive as it is no joke to have the discipline she has. She needs to always strive to be healthy. Having just given birth would demand a lot from her both physically and mentally. She surely had to will herself to get better every day. Her profession demands that she adhere to a certain standard. The benefit that she receives is a healthy glow that radiates through her already beautiful features. It inspires would-be mothers to pursue a fitness regimen as well. Seeing Halle do it lets them know that it is possible. Her example as a role model is something that provides positive reinforcement for her followers.

We all start balding at a certain age. Some have to go through it earlier than others. Fortunately there are ways where we can delay the onset of this natural occurrence. Eat right. Think right. Exercise. Those are usually the elements to a healthy and balanced lifestyle. These are also the essential ingredients to a natural hair growth “elixir” that we can freely attain. We only need to have the certain amount of discipline to actually go out and do it. If Halle Berry can bounce back to regain a full head of hair after giving birth to her beautiful daughter, everyone else with the right mind set can surely do so as well.

Why is Halle Berry losing her hair?