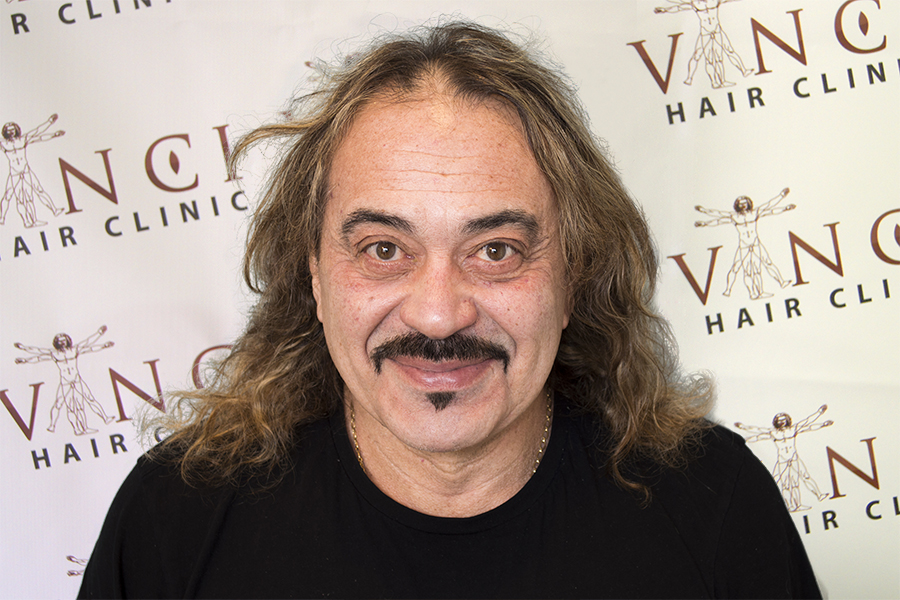 Wagner gives us his genuine Hair Transplant Testimonial about his treatment at our clinic in Harley Street, London and he tells us about his experience with Vinci Hair Clinic.

Wagner was always very conscious of his thinning hair, especially when performing on shows such as The X Factor, which he was a contestant on in 2010. After performing and covering up his hair loss by tying his hair up in a certain way, using concealers and other products, he spent a lot of time researching various methods of hair transplant. He approached Vinci Hair Clinic and decided on having the FUT hair transplant treatment. “One of the best things I have ever done in my life, was having the hair transplant at the Vinci Hair Clinic in London. Exactly a year a go I came here, and I had a bit of hair here, gaps every where and a huge hole at the back of my head.”

After his consultation Wagner decided that he would have his treatment in two parts, first of all have the hairline and density fixed at the front of his head, followed by the crown area.

“When you look everyday in the mirror, you don’t really realise how bald you are. I was shocked when I went to the clinic and they showed me how bald I was.” In his consultation the consultant showed Wagner what hairline could be achieved, and what his realistic result would be.

“I had the first hair transplant, and I have watched the hair growing everyday, month by month and now a year after I am so pleased about the result, look i have a frame around my face.”

The treatment added a new hairline to Wagner’s appearance. His density has been improved on the top of his head, and just one year later his hair has grown and he has got a fantastic result.

To find out more about the Vinci’s Hair Transplant treatments, contact us today for a free consultation
Hair Transplant Testimonial – Wagner X Factor

Our team of hair loss experts are here to help you with restoring your natural hairline.