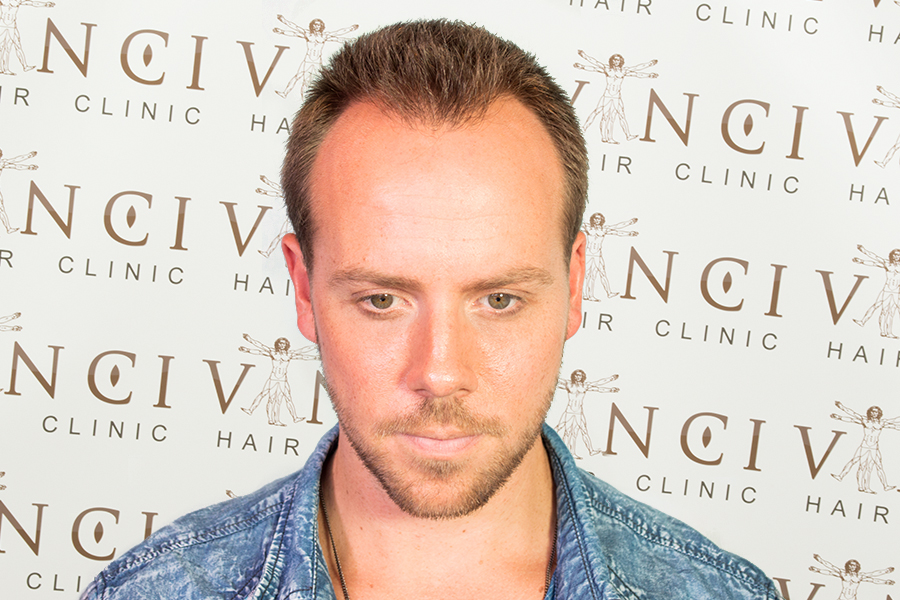 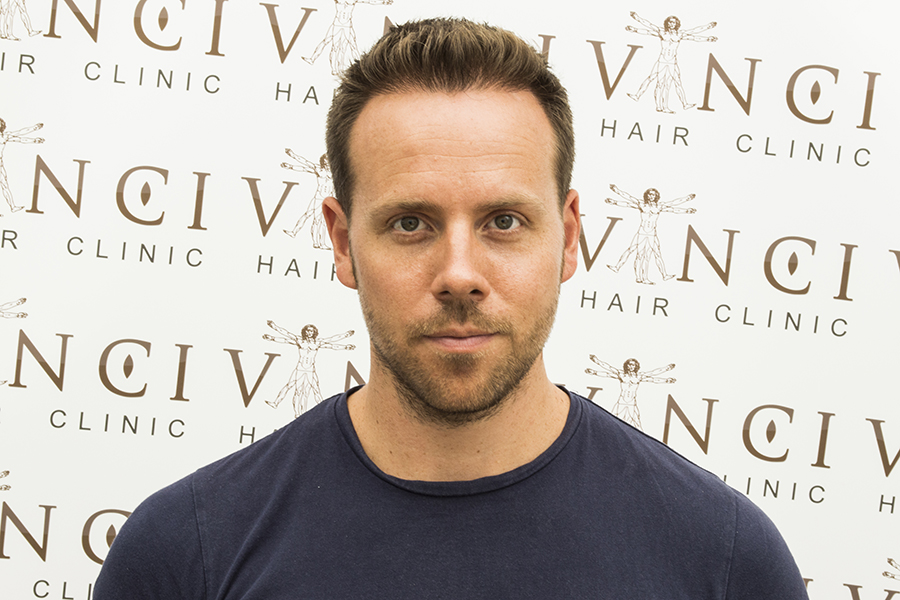 Daniel Koek, A famous West End performer gives us his Hair Transplant Testimonial about his hair loss story, his discovery of the Vinci Hair Clinic and his treatment at our clinic in Harley Street, London.

Daniel was always conscious of his progressing hair loss. From wearing special head mounted microphones, to complex head dresses and make up, to hereditary hair loss, Daniel watched for years as his hairline changed and his frontal hair line changed.

“I decided to have a hair transplant with Vinci, about two years ago. My schedule didn’t allow me to have it, But I finished a year’s run playing one of the leads in Les Miserablés, and as soon as that was finished, I jumped at the chance of having it done.” Daniel had A FUT hair transplant, where hairs are taken using the ‘strip technique’, and then the hairs are implanted in the balding or thinning area. “I was receding predominantly from the temples, the frontal lobe bit was thinning, but my male pattern baldness was from my grandparents. It was my temples predominately, my hair at the back has luckily remained quite thick.”

Daniel had very fast hair growth post operation at Vinci’s Hair Transplant Clinic in Harley Street, London.  “Im thrilled with the result. Its now past a year, I’m 13 months past having the procedure done. People come up to me and say I look great, I look younger. I’m quite forthcoming about telling people about having it done, but for those people that don’t know its not detectable, but for me I know I’ve had it done and that the important for me.”

Daniel has since pursued other aspects of his career, and his confidence has increased by having his new hairline.

“I would recommend the treatment to anyone. Image is a lot in terms of castings, I didn’t want to be not considered for parts because I was looking older. The follow up care has been great, the doctors and staff are amazing and I couldn’t be happier.”

Our team of hair loss experts are here to help you with restoring your natural hairline.