Treatment for the condition of male pattern baldness or androgenic alopecia has come a long way.

Methods to hide baldness used to be solved by wearing hats. It then progressed to putting on wigs and toupees. Combing healthy strands of hair over bald areas became a skill that balding men became adept at. Then came the products that were specifically engineered to combat hair loss. They ranged from different shampoos, moisturizers and concealers promising the same thing though mostly fell far from the expected results. Medical drugs were also engineered to prevent hair loss and hopefully reverse its progression. There are some that were proven to work and even backed by a Food and Drug Administration approval. Scientists were able to push the boundaries from physically covering the condition to creating topical solutions. It progressed to orally ingested medication and has now developed surgically based solutions.

The most effective and advanced treatment for hair loss right now is hair transplant surgery. One of the more popular methods is follicular unit transplantation (FUT) or the “strip method”. The specialists takes a patch of healthy hair follicles from a donor area of the scalp, extracts them from this strip and places each one in the recipient area. Another method is called follicular unit extraction (FUE). What the specialist does here is to remove individual healthy hair follicles from the donor area of the scalp or body and replants them unto the balding area. What happens in both FUT and FUE is the repositioning of existing hair follicles of the patient. 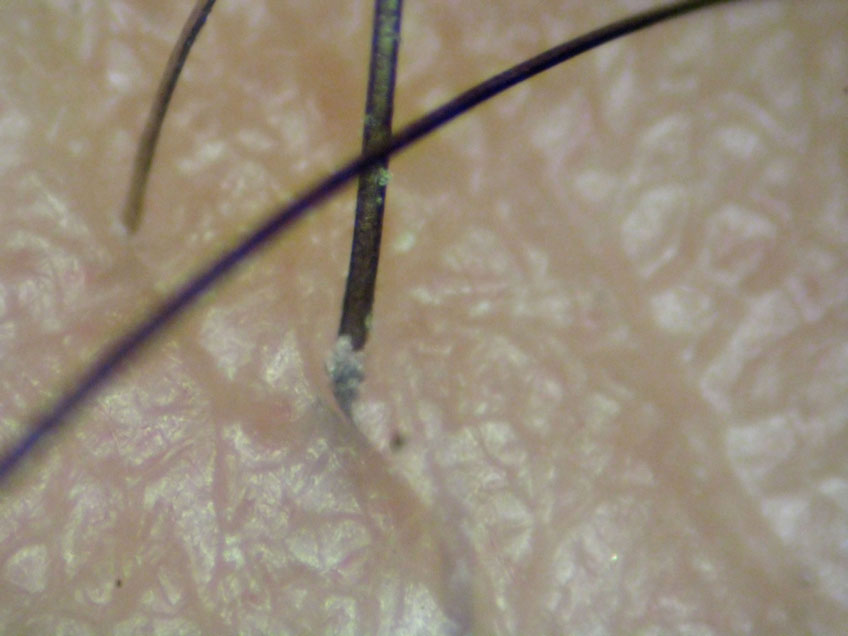 Then there is the scalp micropigmentation (SMP) procedure. The way this treatment works resembles getting a tattoo, although it is a much more complicated and refined procedure than that. There is a very technical process to it that differentiates the tattoo as an art from SMP to an illusion. It uses special inks that are injected directly into the scalp using fine three pronged needles depositing them in a pre-selected pattern to resemble hair.

The past and available treatments have been discussed to get a better appreciation of the future in hair loss treatment industry. Hair cloning in theory, is a method where a person’s hair follicles are cloned or multiplied in vitro. In other words, the germinative properties of a person’s hair is recreated outside the body in unlimited amounts and then implanted as new hair unto the patient’s scalp. What this provides is an unending supply of hair for the recipient. He does not need to harvest his hair from the different donor areas of his scalp or body. This is however, what hair cloning hopes to become. It is not quite there yet, and is unlikely to be for many years.

The challenge with hair cloning is that the follicles are not whole organisms. These cannot grow by itself and are quite complex. There has been a successful surgery performed where the healthy lower part of the hair follicle was extracted from a male and implanted onto a female’s scalp that was able to form new hair. This is not exactly hair cloning, however. Scientists still need to find out which follicular components need to be isolated to produce the best hair, if these cells may can in fact be cultured outside the body to be cloned and if such can be implanted to the recipient scalp. Also, cloned hair might not take on the properties of the client’s scalp. It might grow in different directions and fall out after a few months without the ability to regrow.

It is true that there is still much to be discovered when it comes to hair cloning. The important thing is that there is a positive progression in the right direction. The advancements in male pattern baldness treatment, from wearing a hat to possibly having one’s hair cloned looks to be a very real event that will happen at some point, but it may be beyond many of our lifetimes before this theory becomes a commercially viable and safe reality.

What is hair cloning?